On the 18th of April, William attended a screening of the documentary “Mind Over Marathon, which will be shown on BBC One on the 20th of April at 9pm. The screening which took place in the BBC Broadcasting House in London, 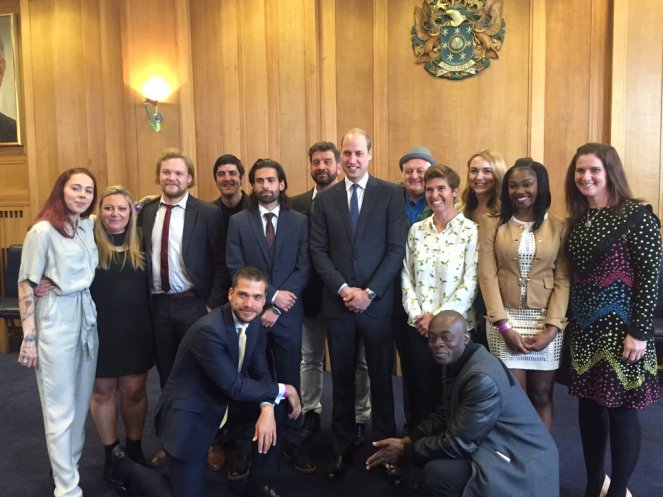 attended by runners who feature in the programme.

On the 19th of April 2017, Kate hosted the heads together runners 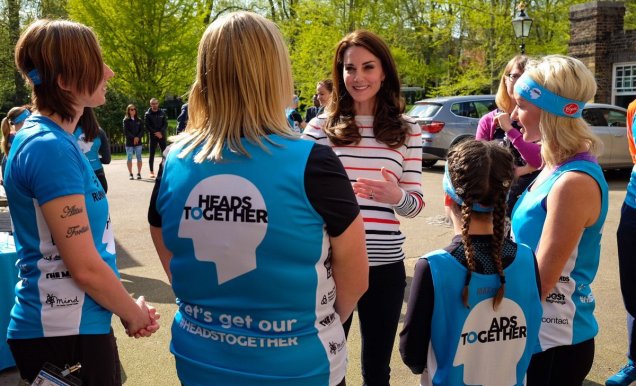 in Kensington Palace.  All runners in the marathon received a heads together headband, but Kate

helped give one of the 70 post-boxes a headband.  The choristers from St. Pauls Cathedral also donned their headbands 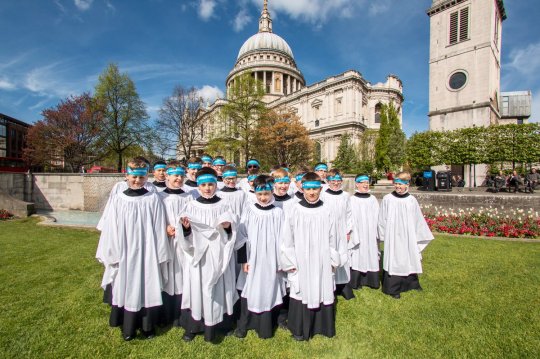 , along with the royals wax works

She wore her Superga,